The project «Les voy a contar la historia» gives the expelled farmers of Las Pavas a possibility to show their faces, their real life and make themselves heard to more people. Their songs, recorded by a team around a Swiss cultural manager and a Colombian photographer living in Switzerland, are telling the story about their non-violent struggle for the respect of their right to a life in dignity, cultivating their land. In the following portrait project manager Regula Gattiker explains their experiences about working with the farmers under these circumstances:

«My project partner Ricardo Torres and I have got to know the community in the beginning of 2011, when they started to prepare for their peaceful return to the lands. Ricardo joined the community as a reporter while I was accompanying the farmers as a human rights observer. It was a very special period which has been engraved in our memory ever since. The capacity of the farmers to transform their experiences into songs has had a lasting impact on us.»

«Last december we went back to Las Pavas to find out if the situation allowed us to work there, to find out how big the real interest of the community in our project is as well as to make test recordings, both audio and video for the CD and the documentary. The interest was big. We were able to realize workshops with the farmers.»

«During the rest of the time, we were accompanying them with the camera during daily routine activities and to places they wanted to show us.»

«The situation, however, was very tense and the working conditions were difficult. The farmers got threatened by the staff of the palm oil company. Moreover, in some situations, we ended up recording conflicts and negotiations with the police and could not go on with our work as planned.»

«When we are going back, in a week’s time (this March), we will be recording more material for both the CD and the documentary. Additionally, we will introduce the theatre pedagogue to the community: he will start working with the people. We are very enthusiastic about going back and hope that the context allows us to accomplish as much as we did last time.»

The following video shows how Ricardo and Juan document the real life in Bogota. The songs name is «Salir a pelear», it’s a question about the every day struggle of the street vendors (pelear). 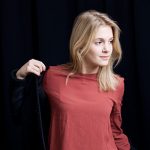